So guys, just stopping in for some updates. I've been super busy what with a baby on the way, planning a baby shower, doing a truckload of reviews on my youtube channel and collectiondx etc. I'm barely finding the time to pop in and talk about some of my new acquisitions and strange findings. I've got a bunch of cheap Bandai vinyl-mostly Masked/Kamen Rider with a sprinkling of Ultraman and kaiju. I really recommend having a couple of your favorite characters in vinyl form. They are cheap and cool. Let me show you a few that I got recently. Make sure to check out the reviews I did for these on my youtube channel.

During a recent get-together, I managed to pick up a tiny Dougram figure that I've always wanted. Make sure to check the video review out so you can see how cool it really is. It's a bit heavy for it's small size seeing as it is made out of diecast metal. 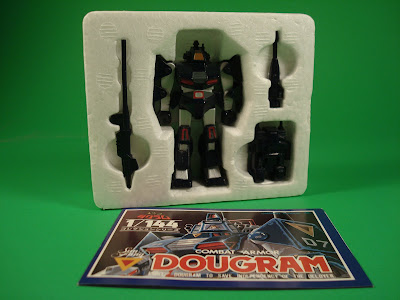 As you may or may not know, I received my GX-59 Daltanious and I have already finished the written and video reviews of the figure. You can read the written review here.  And you can check out the teaser video below. Check out collectiondx's youtube channel to watch the full 2 part review. It was a blast.

A few people asked how it compares to the original. Really aside from looks, there is no comparison. Each one does what it does great. The old is a toy you can throw around without much fear of breaking. Its a brick in my experience. The new is more articulated but obviously tailored for a more mature crowd who tends to take care of their stuff. In other words, they made it for those who loved the original as a kid, but now want something a bit more accurate. Although Daltanious has more plastic than most would want, it is still heavy and weighs about as much as the original. 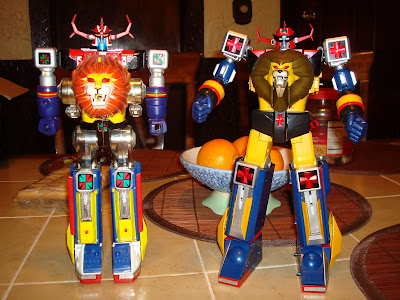 One of my favorite parts of the opening box experience is the very sweet styrofoam tray complete with windowed cover. Very vintagey. 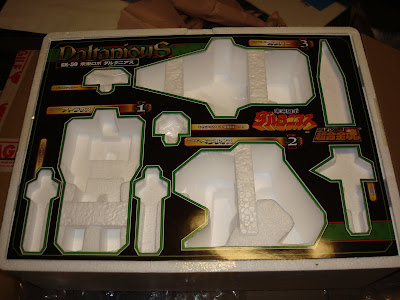 I recently went through some of the stuff I don't need in my collection (which isn't much) and all I came up with were a bunch of new Transformers toys I have no use for. I will probably sell these off as one big lot. 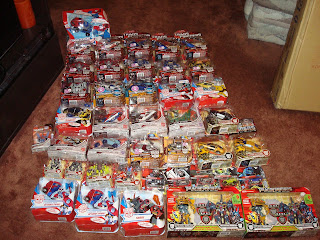 I've picked up a bunch of new stuff, it's dizzying and hard to keep track of. I wanted to show you guys this cool little Reideen Chogokin I picked up recently.

Almost forgot! I also got some cool vinyl Ultraman figures from Banpresto. I picked up Ultraman and Ultraman Mebius. I have not gotten around to opening Mebius but check out my review of good ol Ultraman in the meantime.

So what am I working on now? Well it's mostly stuff for CollectionDX. I just finished up some reviews of Bandai's One Piece SH Figuarts Zero figures on Anime CDX. Check those out.
I've also done reviews for Bandai's Ultra Act figures recently. Most recent is:
I currently have the following in the works, so stay tuned!
Later!
Posted by Chachipower at 4:11 PM No comments: