I've had my GX-62 Soul of Chogokin Danguard Ace figure for a couple of weeks now and I gotta say this is one excellent figure. I was a little dissapointed in finding out that this was going to be on the smaller scale of Chogokin. Danguard is as far as I know one of the biggest robots in the Super Robot world. However, even though it's smaller than most modern SOC, I found myself playing with this figure a lot. Yes, playing! Not the kind of playing where I fly him around the room making swooshing noises, but where I'm constantly posing him and transforming him. I never came close to doing that with the bigger Yamato Danguard Ace. Highly recommended.

Get yours at BigBadToyStore
Posted by RocketPunchArmy at 9:03 PM 1 comment:

Chogokin figures have become so advanced lately that some of us have forgotten where the roots of modern Chogokin lie. It's with the original Mazinger Z GA-01 that was released by Popy back in 70's. Their popular Jumbo Machinder line showed off the size of these massive robots but something was missing. How about some weight? Not only did the idea of using diecast metal come up, they had the ingenious idea of marketing plain old metal as being the same "Super Alloy" or Chogokin that the real robots were made of. Of course kids went nuts. It took off. So this is the first one that kicked off a line that continues to this day. The GA-01 Mazinger Z. While I would be in heaven if this was an original GA-01, this is only a reissue. To make this reissue as authentic as possible, new molds would have to be made from original GA-01's as the original molds were no longer good or gone. Two mint GA-01's lent themselves to this effort.

So in 1999 Banpresto popped out a few of these for the collecting market, they didn't make it an easy purchase. No sir, it was a prize item. If I am not mistaken, you needed to buy 5 Super Robot Wars video games to be able to purchase it. While this makes it difficult to come across one, it doesnt make it impossible. Hence the reason I have one. I was looking to pay $100 maximum, but I had to go over a bit to get this one.


This has to be one of my favorite figures...let me explain. Although there are figures WORLDS more complicated and precision crafted, but I absolutely love the raw feel of these figures which were originally made to be given to kids who would play all day with them and not fall apart in their hands. It's a piece of history, even if this is only a reissue.

Some comparison pics with other Mazinger Z figures.

Check out CollectionDX review of the GA-01 Reissue.

Posted by RocketPunchArmy at 8:39 PM No comments:

For those of you that missed out on the Takara and Hasbro MP-10, you can now rejoice at a cheaper alternative. A KO MP-10. Nk word yet if this will be to the same quality standards as the MP-12/14. Expected in September. For now, check out some prototype parts photos. 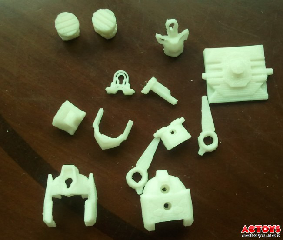 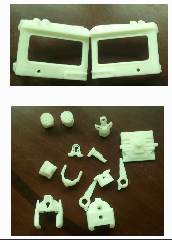 Posted by Chachipower at 11:32 AM No comments:

While waiting on my Choriko Robo Galatt figure, I read about problems people were having with standing this figure up. When I got mine, I stood it up and its been standing there ever since. It seems the legs do a split. I was looking to see why and it seems there are TEENY and I do mean TEENY little tabs that have been given the job of holding all this diecast weight together. A rather poor design I agree.

This only fixes the legs from splitting apart when not using the built in hooks. If the legs still split, try using a smaller elastic for more tension. If your figure suffers from loose ankle then this fix won't help.
Posted by RocketPunchArmy at 9:01 PM No comments:

You guys may have already seen my post and video about the MP-12 Lambor Sideswipe. I've also uploaded a video for it. No photos yet, but here's some video action in the meantime.

Posted by Chachipower at 9:14 PM No comments:

I finally got in the KO MP-12 I ordered. I was keeping my expectations low because I only paid $40 shipped for it. However once I received it, I was pretty much in shock. Somehow even though they sent it in a padded envelope, it wasn't crushed at all.

So many of you are wondering how close it is to the original. Well it's as close as you can friggin' get! Same weight, same plastic feel and overall quality. My piece has tight joints and very hard to distinguish from the original. I actually ended up putting the KO in my display case by mistake for a while! The only thing that really kept it from being 100% is the paint finish. Overall it's well done, but some panels do not shine the same as the rest, some have little bumps etc. Then again, Takara's paint isnt all that great either. So let's take a look at this straight up replica.

I'm not going to go on and make a discussion about whether or not KO should exist. We all know they are bad and they will probably always exist. It's up to you whether you choose to support it or not and if you choose to use them to scam somebody. I collect them because I find them fascinating. I'm the type of person to buy the original and also the KO, so I'm pretty much supporting the company that invested the time and money to make the original and then buying the KO because it's just amazing how well a copy can be made. Plus customizers may prefer to use a KO over an expensive original. Video comparison below.