So we all know, I hope, that the almighty SOC Daltanius GX-59 was released on April 26th. And we all know I was anxiously awaiting it. I brought you the first up close video available, at least on Youtube and I gave you guys some real nice closeups. So it's only natural I would be one of the first to have this lovely figure in my hands. Well, it turns out I received the almighty GX-59 today, a mere 4 days after its release. However not in my hands...they happened to deliver it to the wrong post office. What's the chances of that right? Not only did this defeat the purpose of paying a very expensive EMS shipping option, but I missed out on bringing you an upclose look this weekend of the figure.

The good news is, although I wont have any exclusive footage for you guys, I am doing the review of the GX-59 for collectiondx.com. Although I want to have the review up as soon as possible, I also want to make it one of the best reviews I can possibly make. I tossed out my old backdrops, put away my very trusty Sony Cybershot DSC-W80 (which I have used for ALL my photo reviews up until now.) I also recently retired my Sony Webbie HD camera which was used up until a few weeks ago.

My new arsenal now consists of a new Canon Rebel T3 for photos and a new Canon HF-S100 HD Video Camera. I brought out the big guns for this Daltanious review.I also have a couple of new backdrops. So far the Canon T3 is better than I thought.

Moving on to other news, I finally found Generations Scourge in the stores. My review will probably come late in the game since there are other reviews in the works right now, but know that this figure is darn cool. Check out the other reviews available and try and tell me I'm wrong. 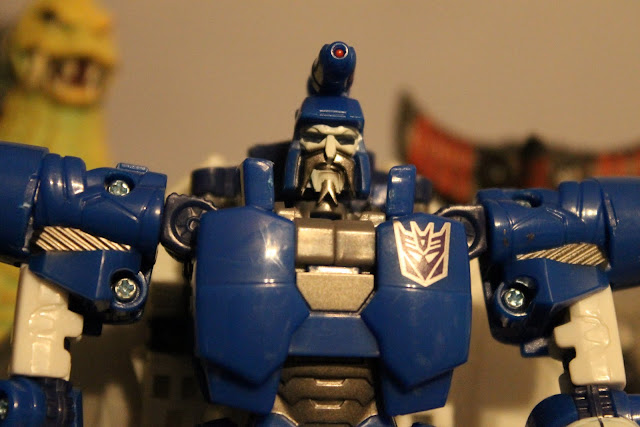 Posted by Chachipower at 11:09 PM No comments:

Some updates and maybe my own custom chogokin?

What's up guys? My posts seem to get less and less frequent but fear not, I am still hard at work on things which leave me little time to work on my blog. So what have I been up to? Well, let's see as far as reviews, I've finally finished with the Dragon Shiryu Saint Cloth Myth review on CDX which now has a video.
I've also finished the Ultra Act Ultraman Mebius review.

For personal reviews, I'm working on an old-school Godaikin favorite. I'll give you a hint, he's tall and blue and no, it's not Tetsujin...I WISH. I don't think I will ever have the pleasure of owning a Tetsujin unless I travel back in time. So look out for that.

My weekend consisted of travelling to Massachusetts from Jersey to visit with my CollectionDx buddies. We swapped stories, showed off some new stuff and talked about some ideas we had. I got to check out some cool stuff like the Toynami Shogun Dairugger which JoshB recently reviewed and much more. I was also able to bring home some cool stuff which I will be reviewing soon on my channel and some stuff I picked up to review for Anime CollectionDX. They are the S.H. Figuarts One Piece figures. I have a few of those, so if you like those figures stay tuned. What else...

Oh yeah, so I have a friend in Colombia who may be able to make my chogokin dream come true. He will help me realize my very own custom made 100% Diecast chogokin! Its in the brainstorming stages and while I imagined I could make it happen very quickly, I have now decided to take it slow and analyze my options. Originally I had imagined using an existing vintage chogokin as the base for my design, but now I am thinking of getting a full 3D printed prototype and make it 100% my own design, so that pretty much frees up the imagination a bit. It will be an old school type design but I will do my best to make it feel like it came out of a 70's anime. If you dig the idea of custom chogokins, you may want to check out Brownnoise Productions. They've already had a head start on the their own builds and from what I've seen, it's turning out to be super awesome. They've also got a real nice acrylic Unicron base so check that out too.

Last but not least, if you dug those Souchaku Henshin figures I've been doing reviews of, you'll be happy to know that Ive got a couple of Masked Rider figures on cue for you guys to check out.
Posted by Chachipower at 11:43 PM 1 comment:

Email ThisBlogThis!Share to TwitterShare to FacebookShare to Pinterest
Labels: Chogokin/Gokin

Well I sort of have been back if you've been keeping up with my Youtube channel and CollectionDX reviews. I only got the 2 upper wisdom teeth taken out and I healed up pretty quick. No more annoying headaches! I still got the lower 2 to go, but I feel so much better now.

I know I haven't posted anything real new to this blog since Ive been real busy with video stuff. Speaking of video, I have tossed my old "HD" camera and upgraded to a Canon HF-S100 so my videos should be looking a lot better. This camera is great and when I learn how to fiddle more with apertures and shutter speeds and whatnot.

I will be getting back to doing the Patlabor 1/24 CLAT figure soon I hope. Here is some stuff I'm working on:


That's about it for now, but stay tuned, I'm always working on new stuff.
Posted by Chachipower at 11:06 PM No comments: