Getting ready to leave to Colombia!

Im sitting here waiting to board my plane... The adventure begins.

Posted by Chachipower at 5:35 AM No comments:

Just got this last night... Simply unbelieveable. I should be doing a quick look soon on Youtube. Stay tuned 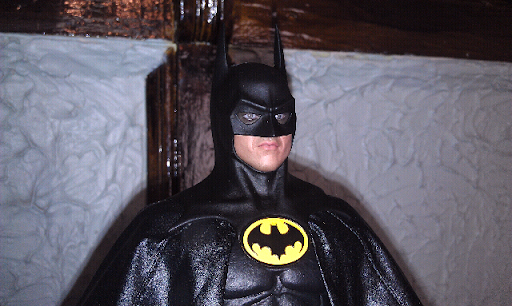 Posted by Chachipower at 2:41 AM No comments:

Email ThisBlogThis!Share to TwitterShare to FacebookShare to Pinterest
Labels: Batman

I can finally form Hercules!

I finally got the last two figures I need to form Hercules. In the picture below, he is not combined because I working on something for him but this gives you an idea of its size. Stay tubed for review on collectiondx. 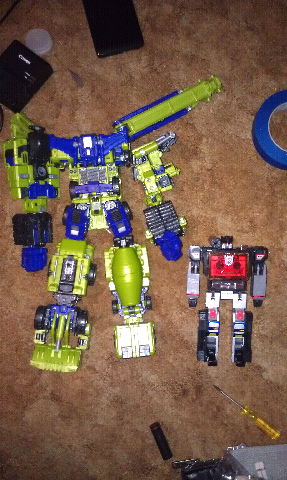 Posted by Chachipower at 1:23 AM No comments:

Takara... Seriously... What is going on? Your products are horrible as of late. Lack of paint apps on an otherwise good figure is one thing, but shitty molding and QC issues is another. I just opened this guy up and there are scuff marks all over the silver in tapedeck mode. Then i went to put on the shouldercannon/battery and realized that the red stripe sticker was applied crooked. Not only was it severly crooked, but it was on the opposite end over another sticker! Then there is an eyesore on the shoulder where the two halves of the mold meet or dont meet I should say. Cheap dollar store toys have these issued, but a 70 dollar collectible shouldnt. Takara needs to step it up or change factories. Im tired of expensive crap. Get your act together... Even smaller third party companies are putting out better stuff. Now im wondering if I should get it exchanged. I probably wont as this probably affects the store i buy from. Otherwise its a cool black repaint of Soundwave. Cassette robots are pretty good. 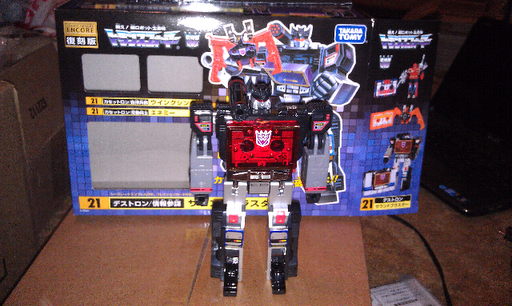 Posted by Chachipower at 1:19 AM No comments:

Wow, im really impressed at this upgrade. The plastic colors are dead on and high quality. Proportions are nice although I wish they had included something to fix that offset arm Devastator has. Good stuff and inexpensive. Shown is my KO Devastator next to my Encore Devastator with Junkion Upgrade. 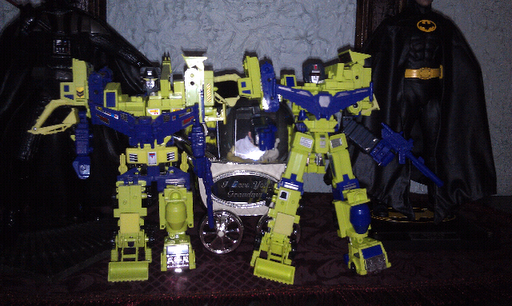 Posted by Chachipower at 12:52 AM No comments:

Just opened this guy up... Its way overpriced. It looks like a standard run of the mill transformer... Plain plastic and paint apps. Nothing here that screams Masterpiece. I'll admit, the cape and crown are cool and the only two things that hint at his high price tag but Takara definitely skimped on this one. If it at least had panel lining and some weathering, it would have done wonders to justify its price tag. But as it is, im somewhat disappointed. Looks like a toy and not a collectible. 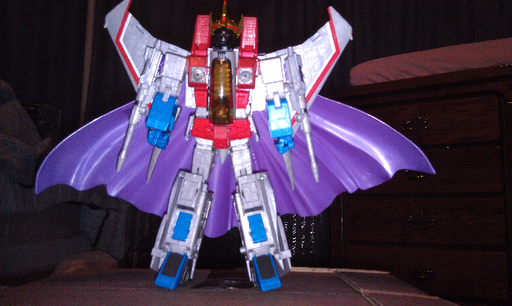 Posted by Chachipower at 12:48 AM No comments:

Youtuber Mantis999999999 won my first giveaway. Congrats! He won a Transformers Crankstart. Check out this cool video he made and subscribe, he's got some really cool videos to check out.

Posted by Chachipower at 10:13 PM No comments:

I like to get my dose of Batman figures once in a while but I am very very picky. I mostly only like the classic style Batman. You know the blue and grey suit ot the black and grey. I dont like Batmans with backpacks, missile launchers, scuba gear etc. I like a simple classic Batman. I ended up seeing this fellow at TRU where they had apparently opened up a case of these as they were EVERYWHERE. I noticed two things. His ears were weird and he was wearing purplish/pink gloves. It was either an old Batman design figure or a crazy doctor dressed up as Batman getting ready to do a rectal exam. Either way, it was going to be cool. So I bought it. Check out the review of this Batman as he appeared in the 1939 issue of Detective Comics back in the day when he wore silly gloves.

Posted by Chachipower at 9:50 PM No comments:

I was taking a ride on my motorcycle yesterday when I realized I was within the vicinity of a comic book store I visited years ago called Zapp Comics. I decided to see what's up and they were still there. Awesome! I googled them first before going in because I didn't want to walk in and walk back out all weird-like. The only word I had to read to know they were awesome was "Godzilla". Bam! I was there. They didn't have much in the way of Godzilla but boy did they have comics and comic figures. Wow... I am not a comic fan but they had real cool stuff in the way of action figures. I strolled to the back of the store and saw a HUGE box with Darth Vader on the front. I looked at it and though to myself "another thing I can't afford. Well that was until I saw the price: $49.99. I thought to myself, this can't be. I grabbed it and then realized I was on my motorcycle. There was no way I was going to lug it back. So I left on the journey home, stopped for pizza and Googled it's price. Turns out it was a good deal. SO I drove back and picked it up. Real cool guys there. I got home and snap-fitted the cape, head, light saber and arms and was left with this sexy beast.And I do mean sexy. 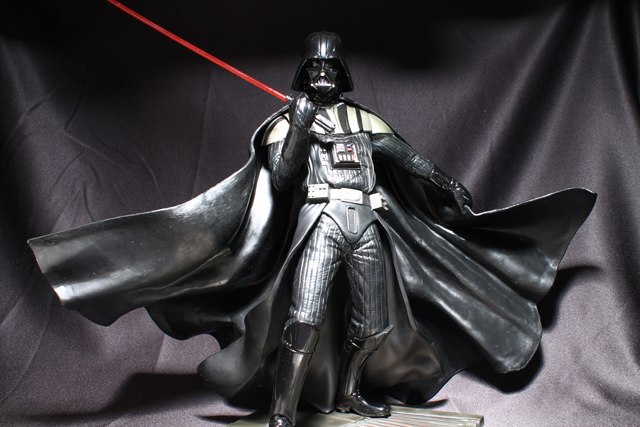 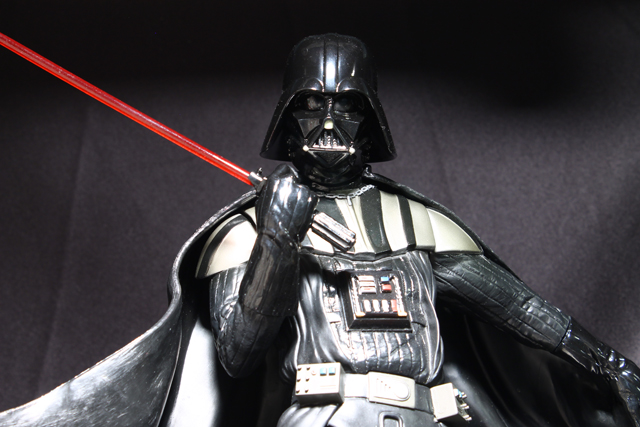 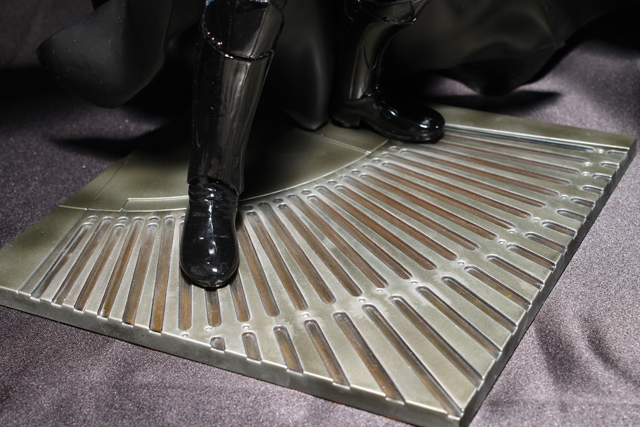 Posted by Chachipower at 9:43 PM No comments:

I have a problem... I can't get enough Xabungle. Now, I don't have lots of Xabungle figures, but I am a sucker for 'em. Luckily there isnt much out there for me to go broke on. However I did spring for this little guy. I thought he was complete but he is missing a set of rollers that attach to the arm. Still very cool.

Just got this in from Red Star Robots. Its the Giant Gorg by Takara. I should be doing a review for this soon. It MIB and looks like it never been taken out of the box. Its wedged in there real good. 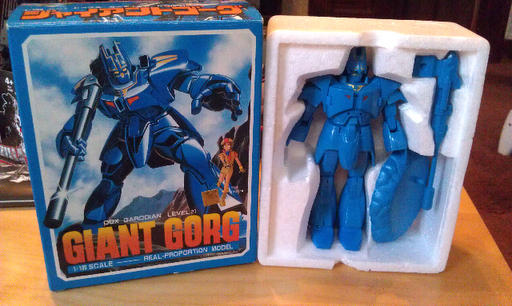 Posted by Chachipower at 6:53 PM No comments:

I managed to pick up the new wave of Godzilla figures including the Fusion Series! Look for review soon. 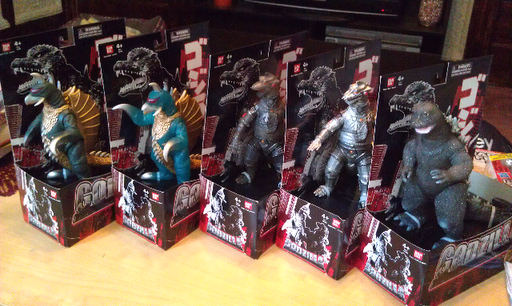 Posted by Chachipower at 6:50 PM No comments:

Just shot the figure with some clear coat to make it shine! After it dries, I will wet-sand it and do an update. 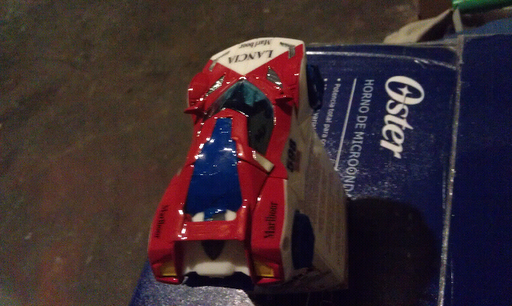 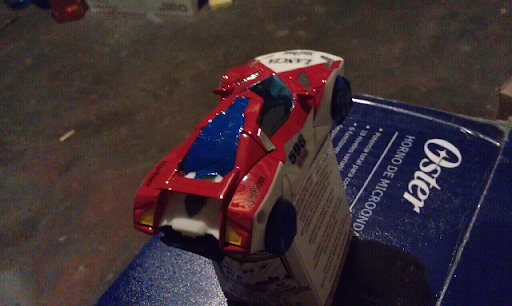 Posted by Chachipower at 5:30 PM No comments:

Just making some room for Miracle Production's Vehicle Voltron. If you didn't already preorder him with Toyfreakz.com you are out of luck unless you buy from an asian distributor. Classic Media has sent out a cease and desist letter to all US stores selling preorders. Maybe Mattel caught wind of this and put a stop to it. Toyfreakz will be honoring their proerders already placed so i'm all set. Just need a tad more room for the big guy...well so much for making room... 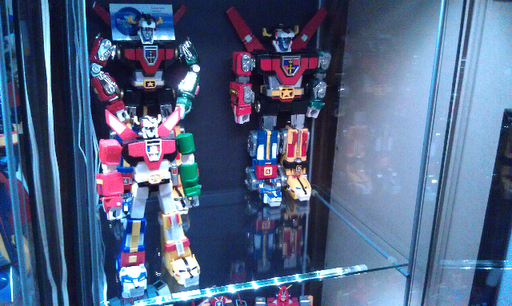 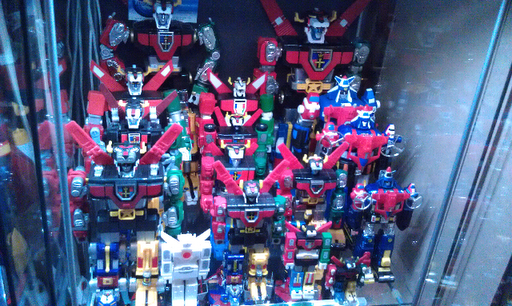 Posted by Chachipower at 8:56 PM No comments: