Finally after months of waiting, the 30th Anniversary Voltron is now available. It's the same basic 20th Anniversary diecast figure that was limited to 15,000 figures but with some upgrades including LED eyes, display stand with sound effects and spot for lion weapons and a lion key gimmick that works just like it does in the show! Don't miss your chance at owning this. Those who slept on the 20th Anniversary edition regretted it once prices skyrocketed. Get your very own at BigBadToyStore! 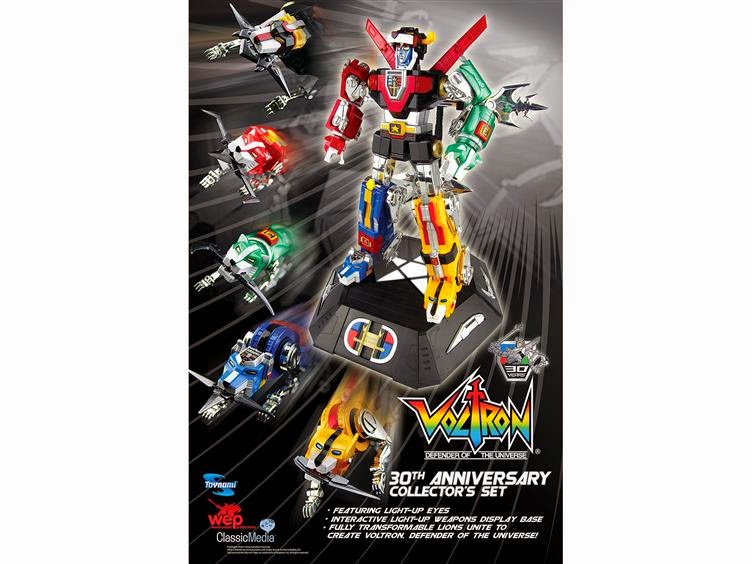 Posted by RocketPunchArmy at 7:28 PM 2 comments:

Guys, I finally got my KO Prowl. I got mine from my friends at TF-Direct.com. The figure is well made and I am enjoying it more than my original because my original is a display queen. This allows me to transform this a bunch of times and not worry about messing up the real one. You can grab yours here and if you use the code RPA5 at checkout, you get a $5 discount. Also, spend $150 or more and get 10% total order. Check out unboxing/comparison/review video below.

Posted by RocketPunchArmy at 11:52 PM 2 comments:

Reprolabels has produced a set of sticker sets to make your vintage Vehicle Voltron stand out. It can be done up as Dairugger or Voltron. We need these for the Miracle Voltron too please! 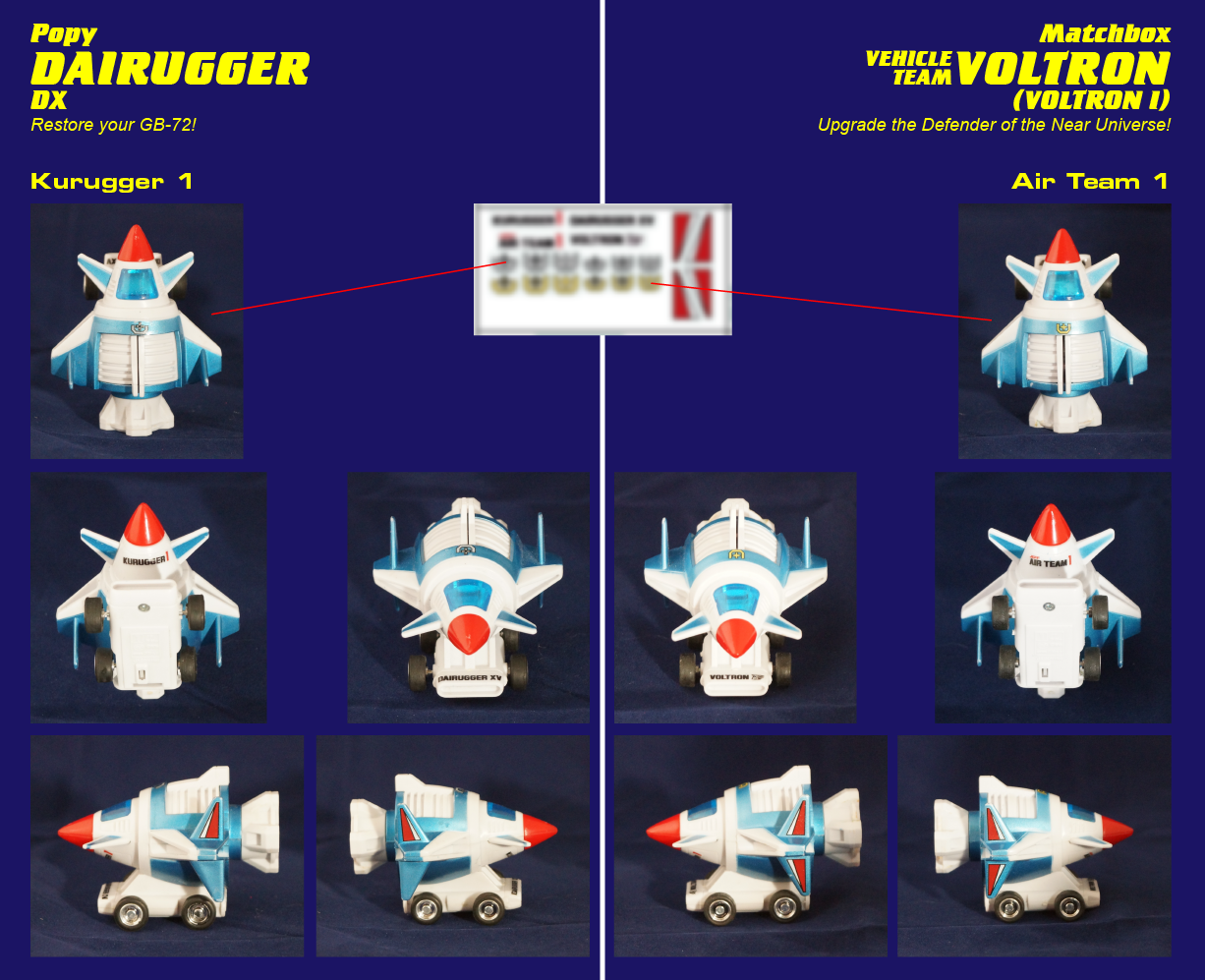 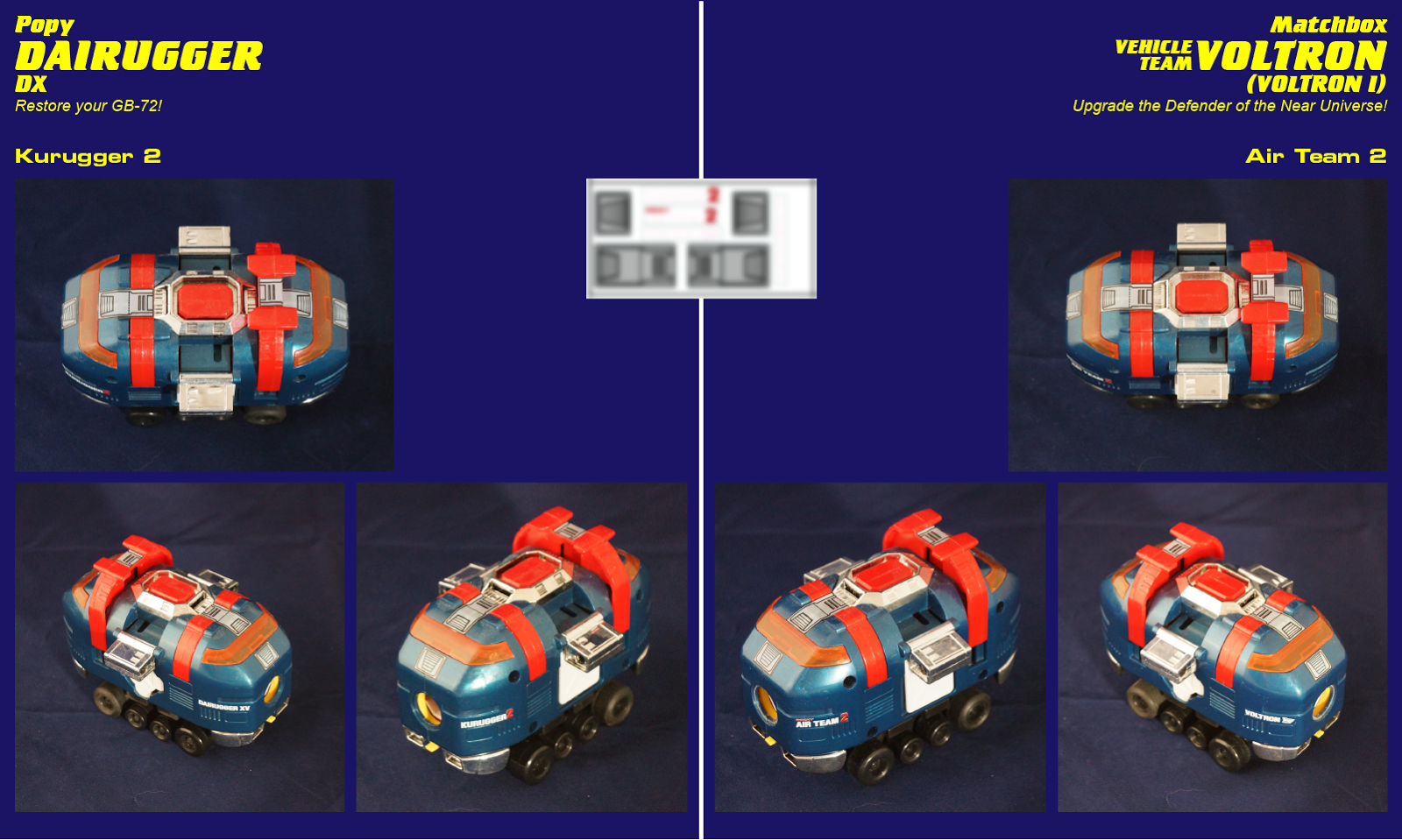 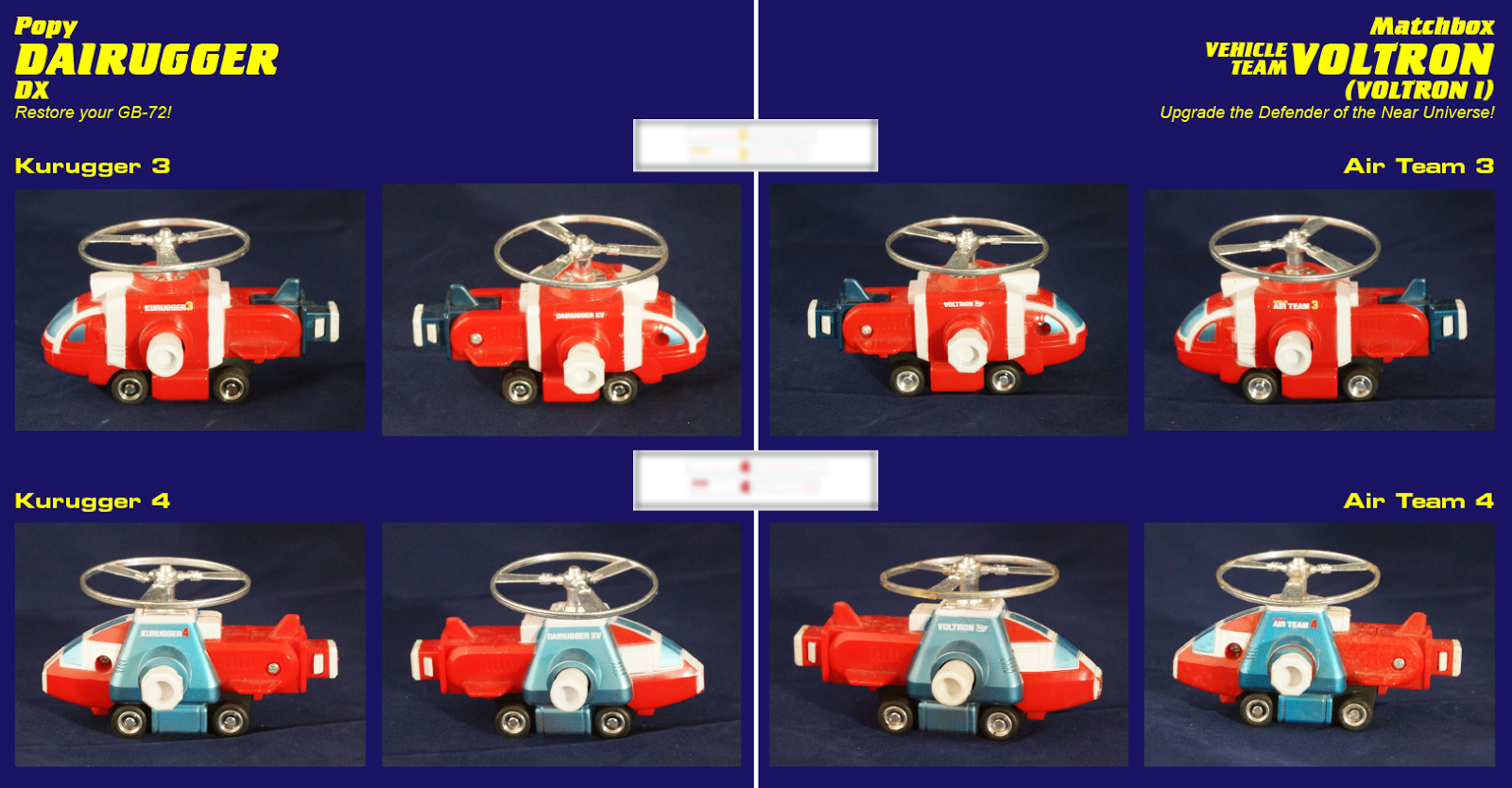 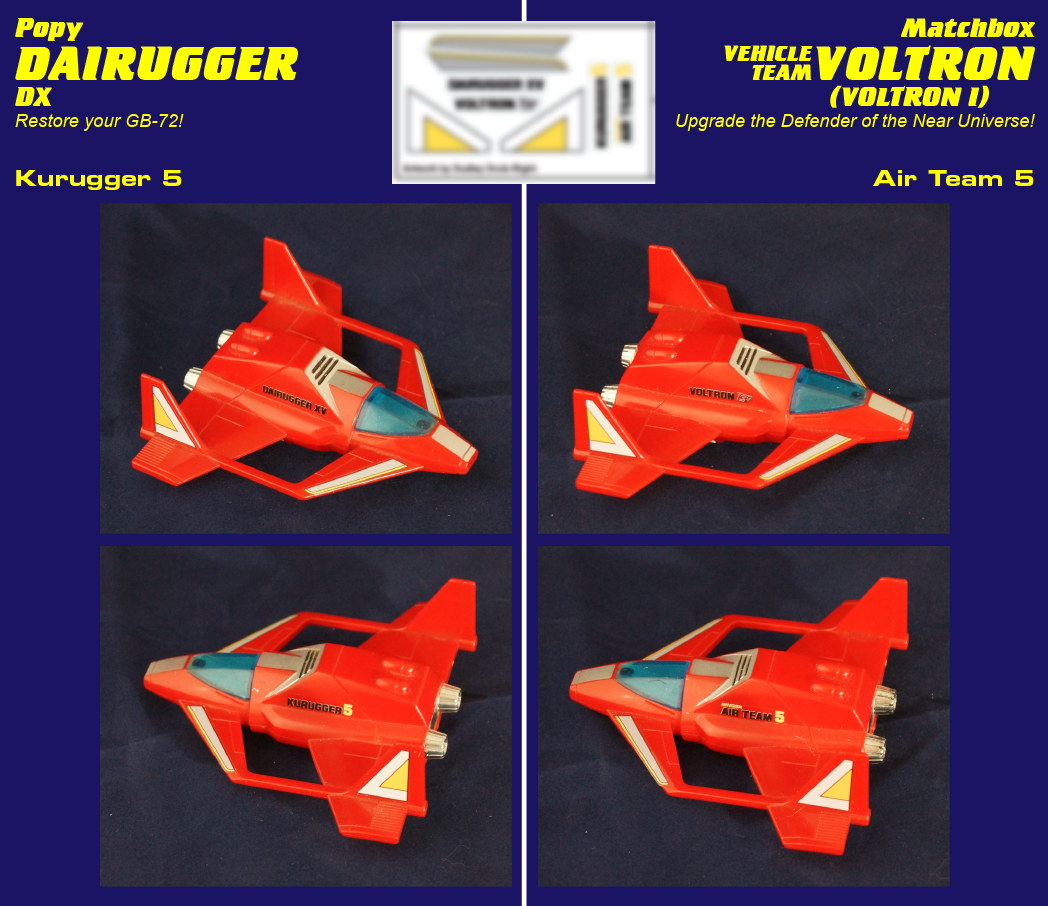 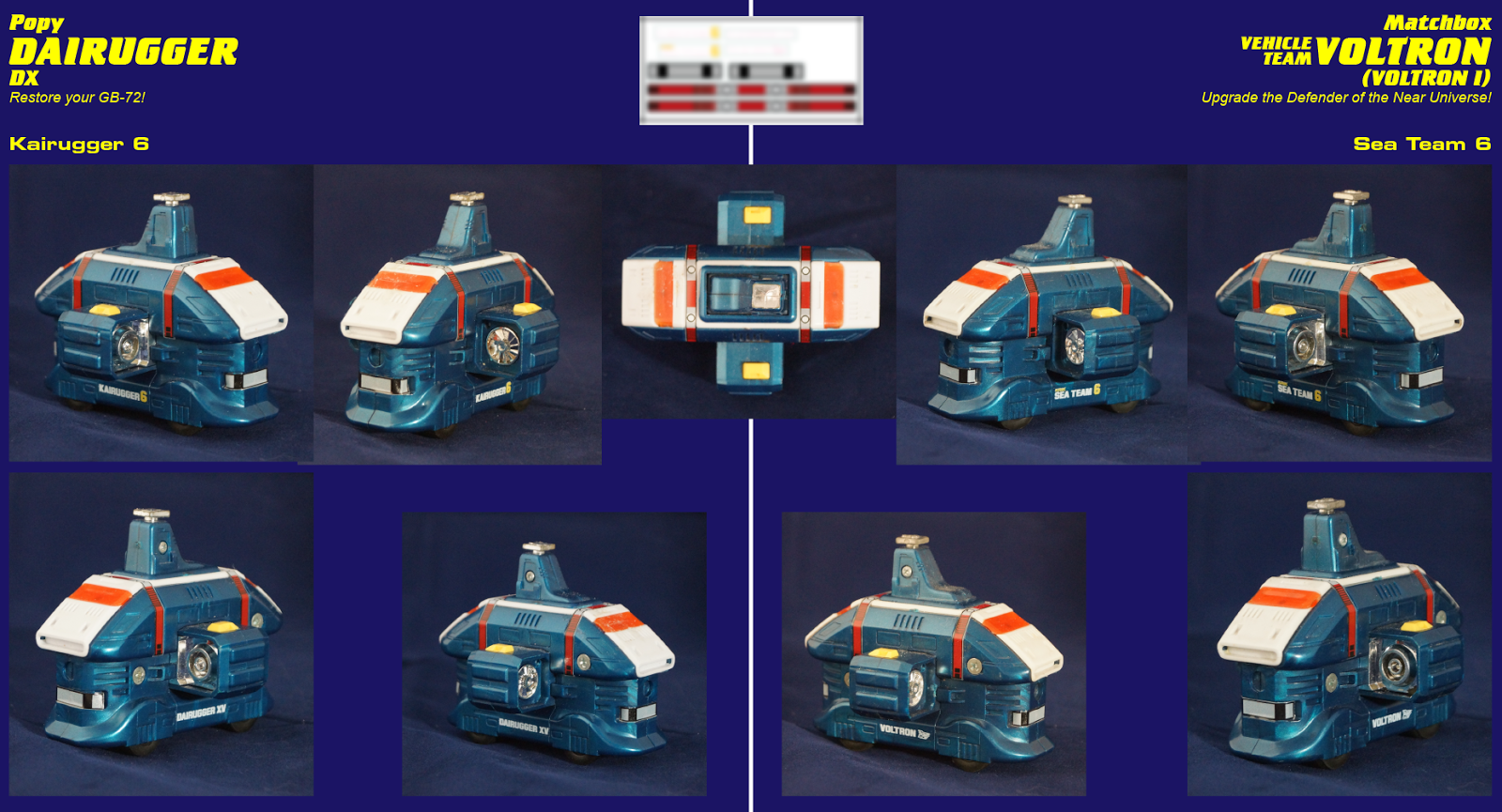 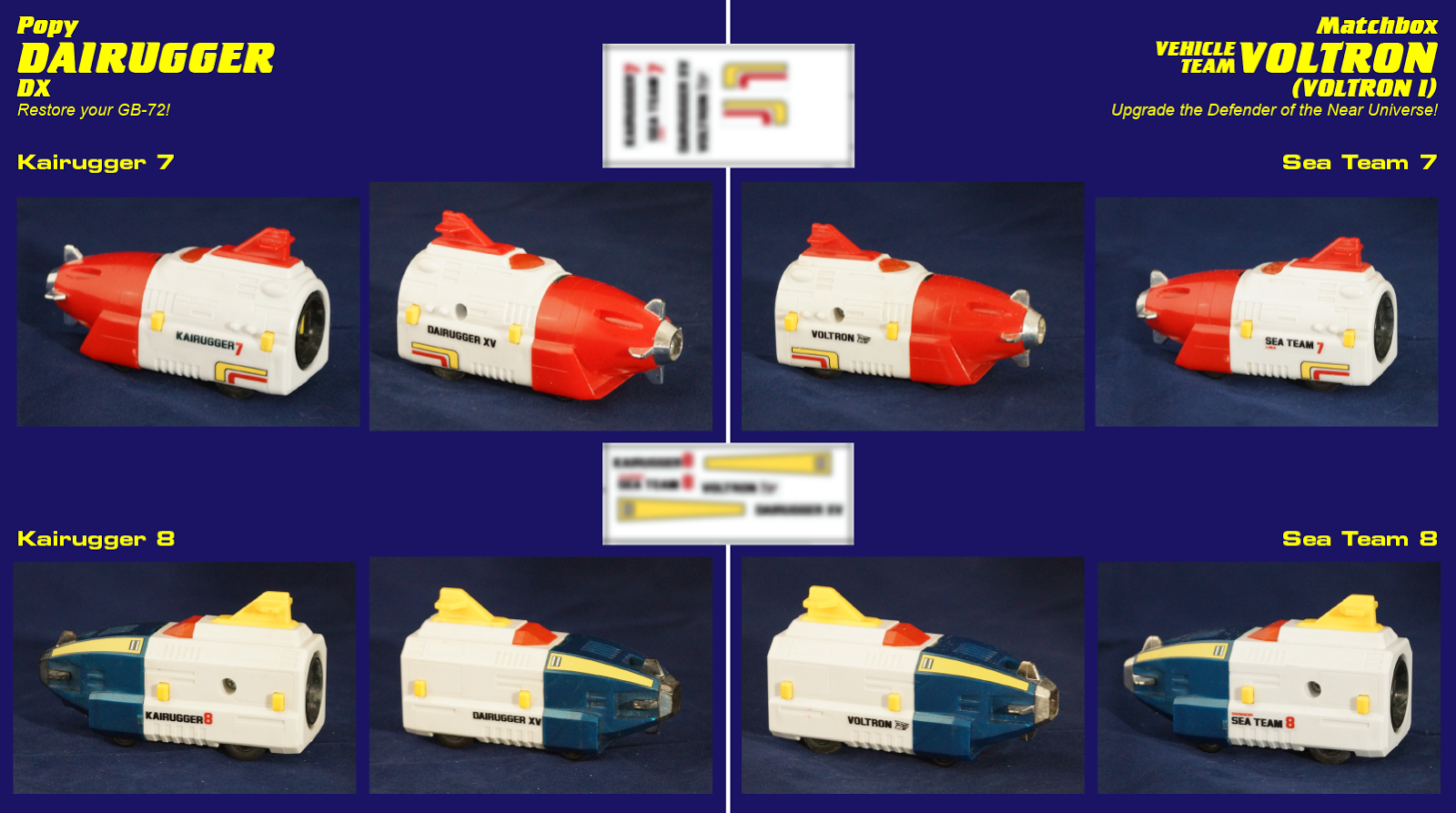 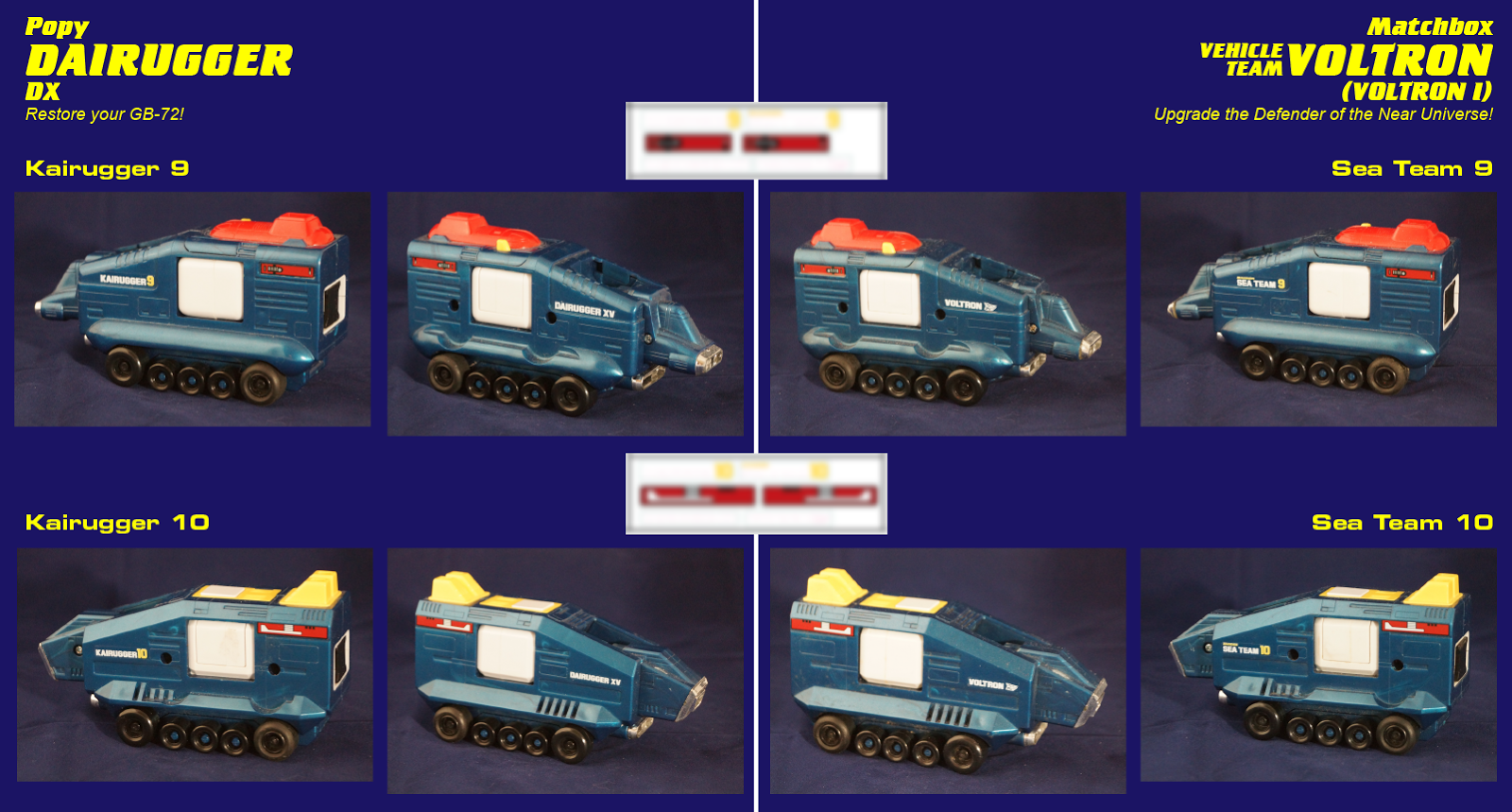 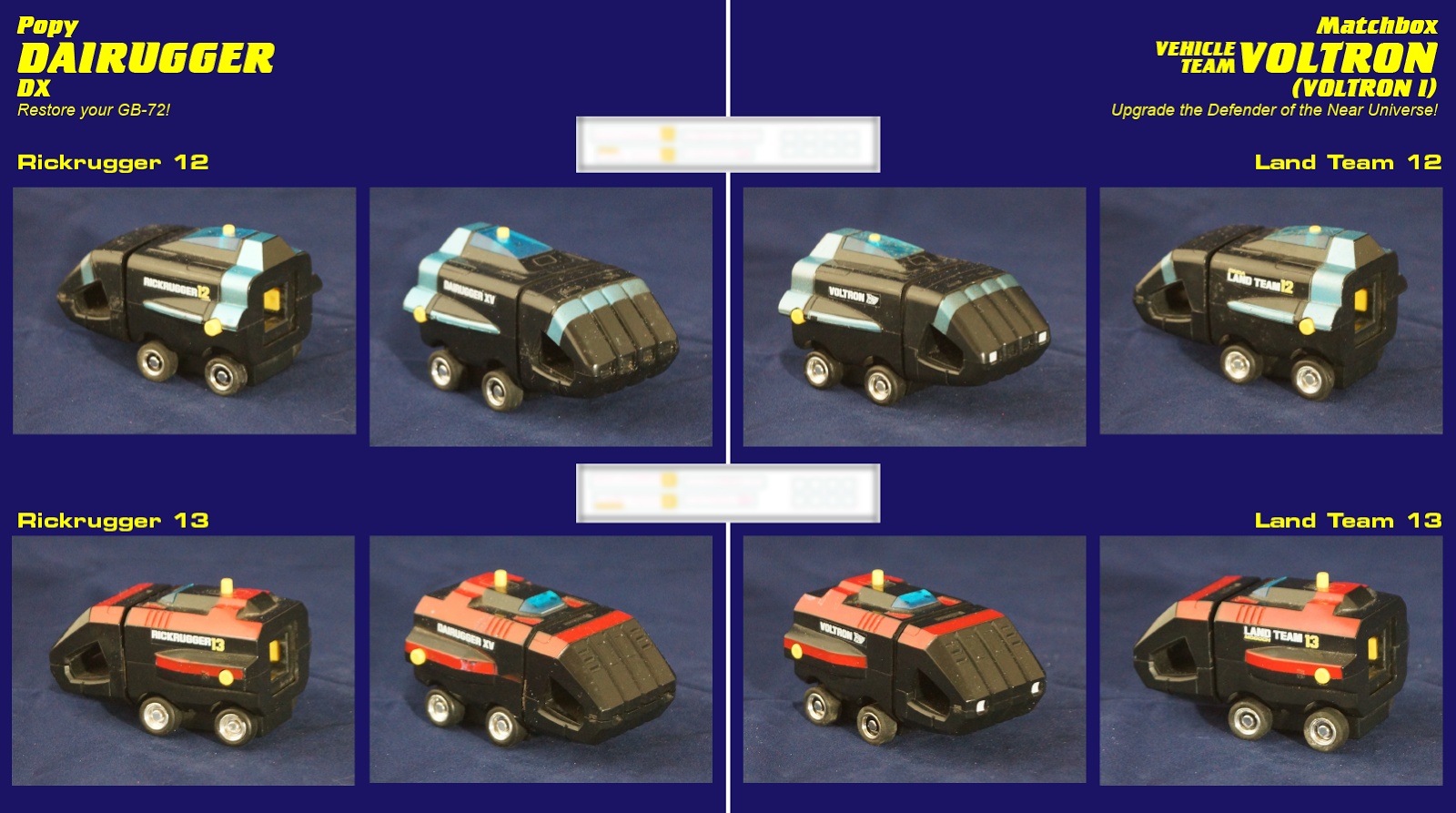 Posted by RocketPunchArmy at 11:46 PM 2 comments:

Rounding out their EX Gokin Transformers is Art Storm's non-transformable take on Convoy (Optimus Prime)! This diecast action figure will feature an opening Matrix compartment, multiple hands, and his trademark Ion Blaster. He will stand 17 centimeters tall. Coming December 2014. Price is to be announced. 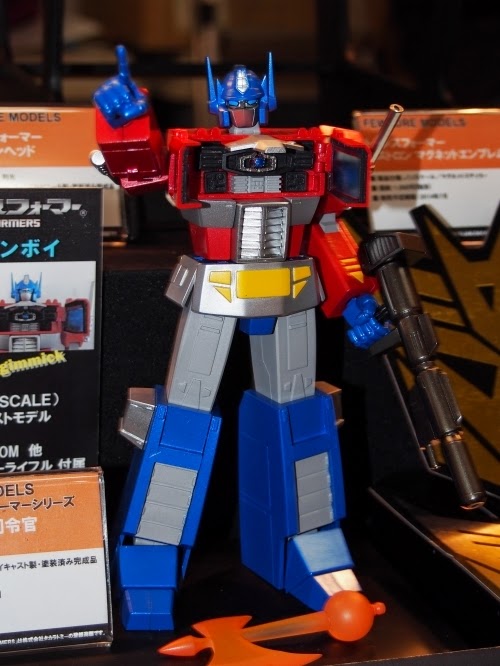 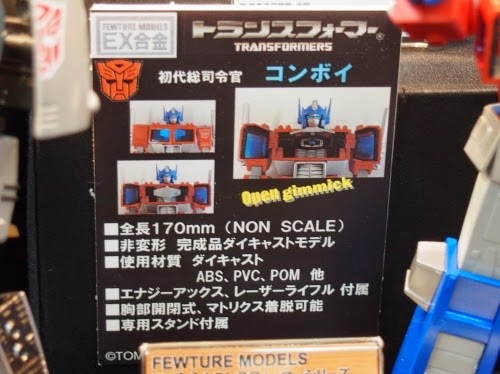 Art Storm is creating several non-transforming high end diecast action figures of popular Transformers characters. Here is the fan favorite Dinobot Leader, Grimlock! This figure will stand 18 centimeters tall and features two different heads to represent the two designs seen in the cartoon. He will also include his trademark double barreled laser rifle and sword. Coming October 2014. Price is to be announced. 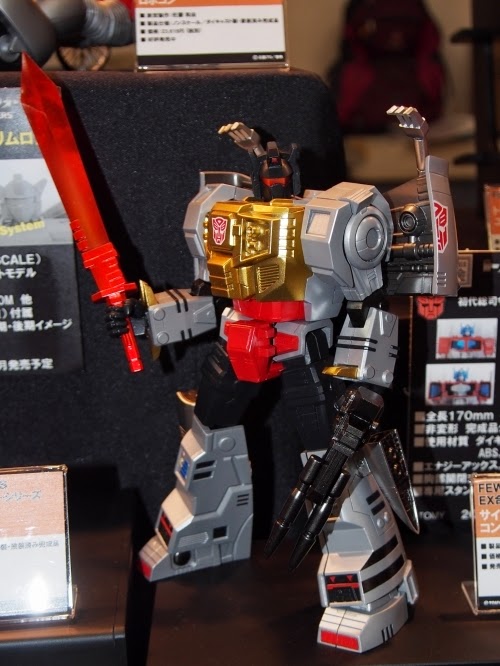 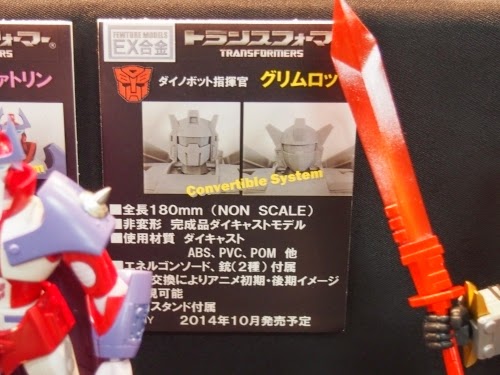 Posted by RocketPunchArmy at 11:38 PM No comments:

Here are some official pictures of the upcoming Transformers 30th Anniversary Jetfire Leader Class figure. I saw this up close at Toy Fair this year. Video below the pictures. 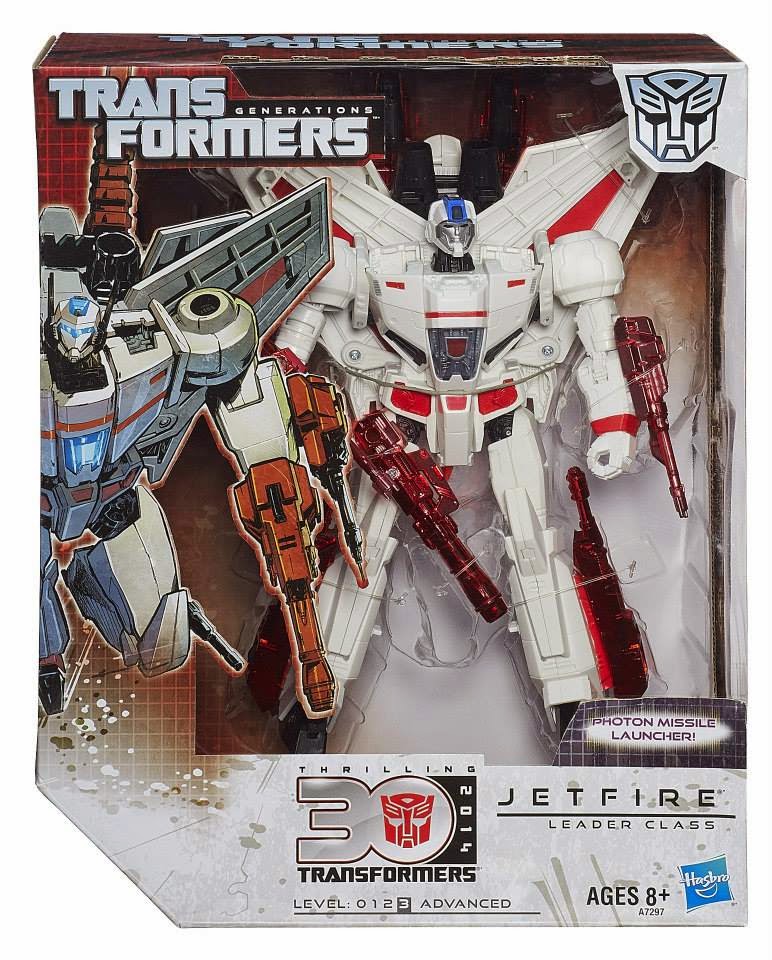 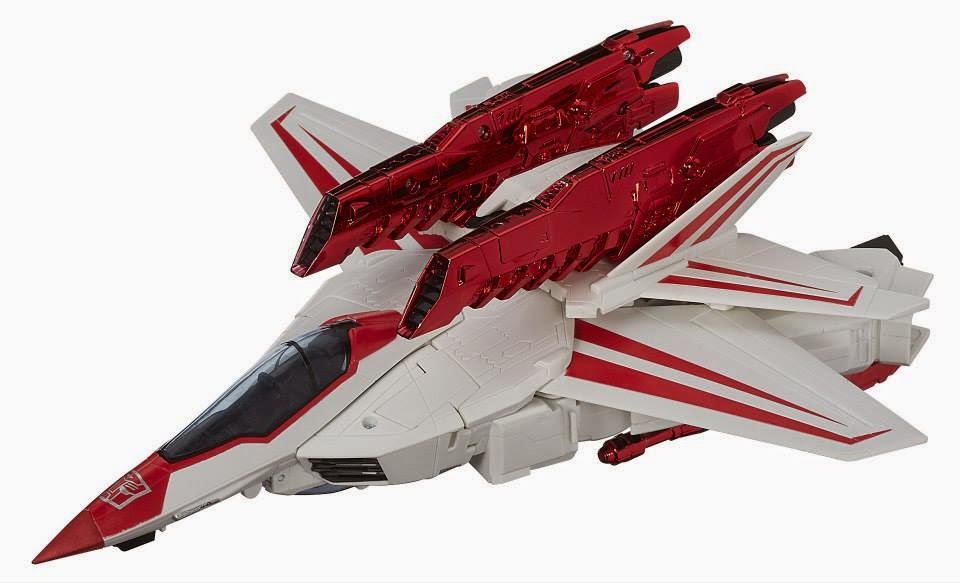 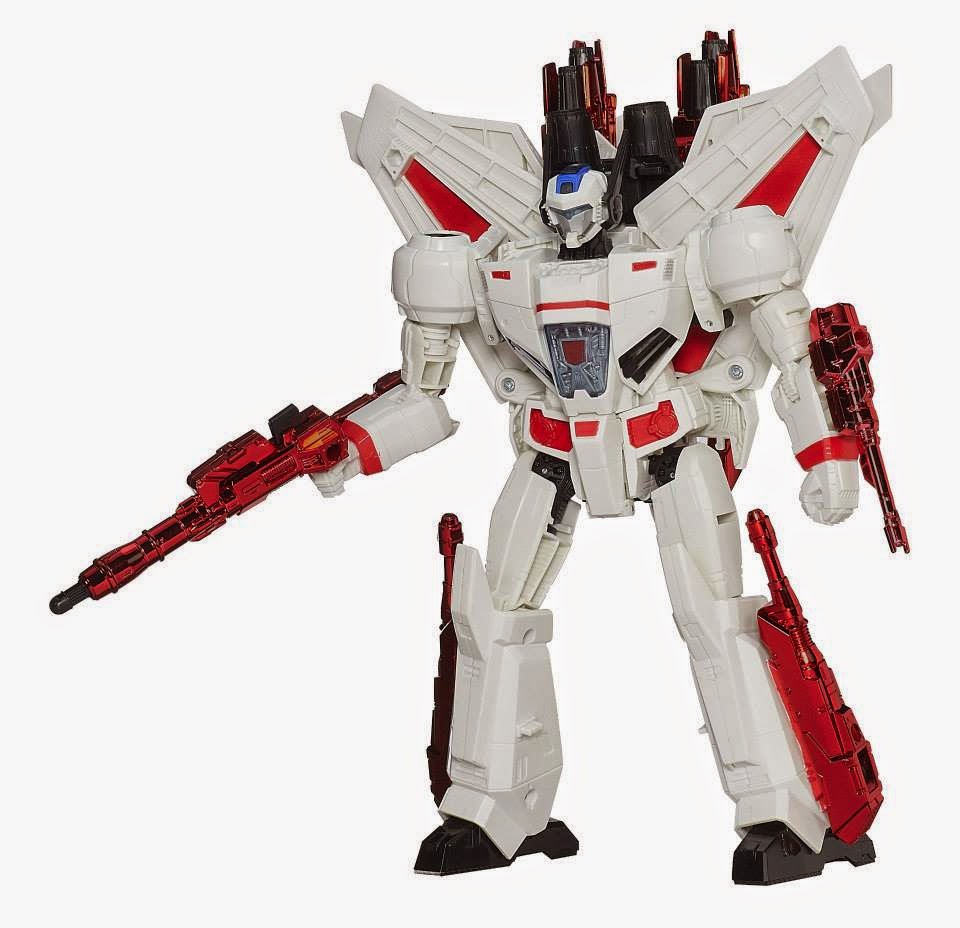 Posted by RocketPunchArmy at 11:33 PM 3 comments: