I missed the first time this was released as the Weapons Specialist (Ironhide). I did manage to snag the Medical Specialist (Ratchet) though. I got a second chance at grabbing the Ironhide version... sort of. The second release is the same red Ironhide mold but set up with a different head. It's made to look like an Autobot named Tote. The good news is that there is three extra Ironhide heads if you wanna make yours a full blown Ironhide. One G1 style and 2 comic style. The only difference besides that from the first release is the lack of extra weapons. 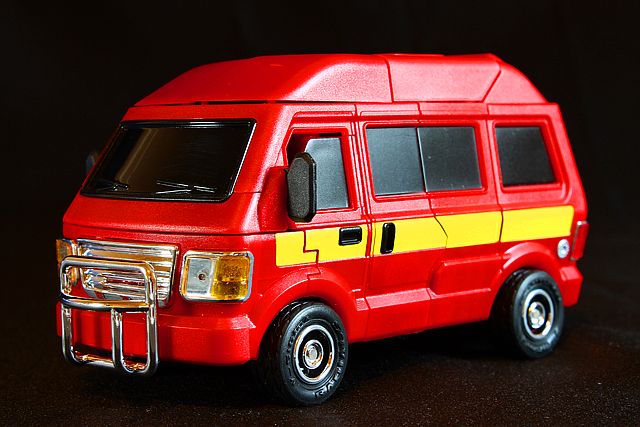 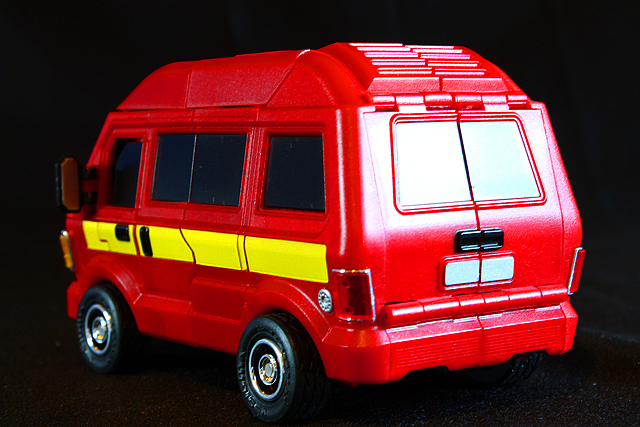 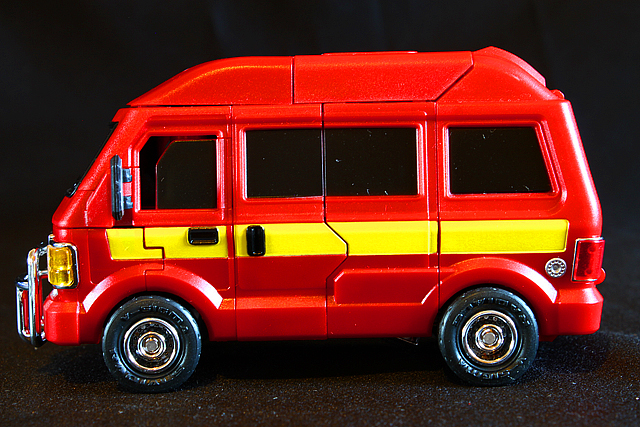 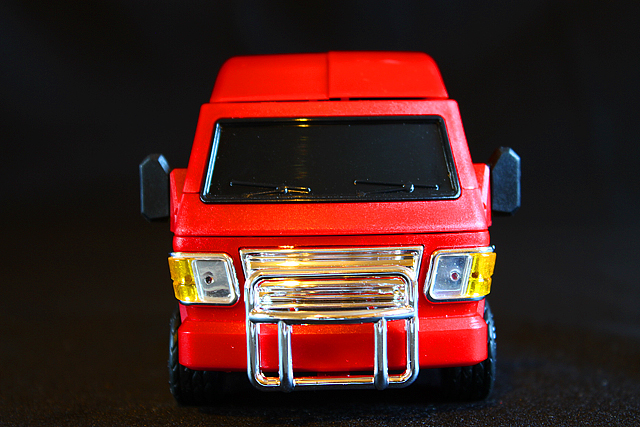 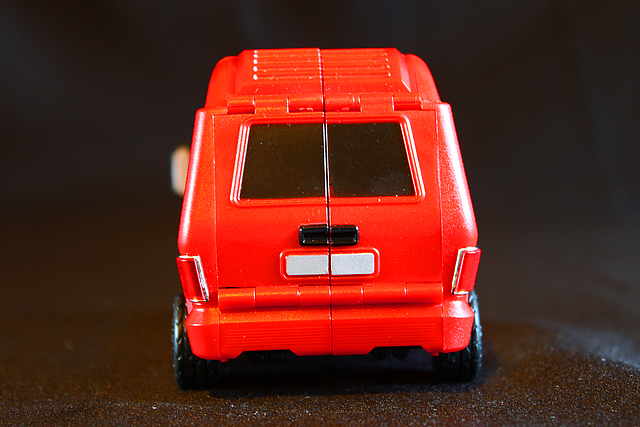 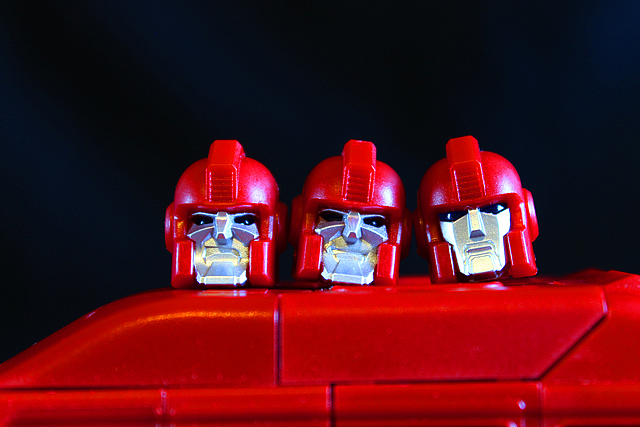 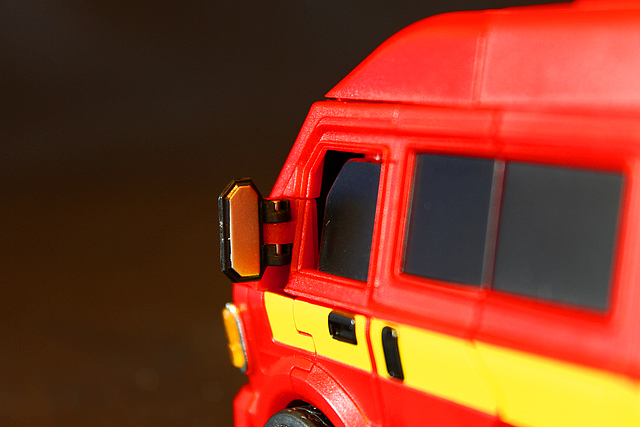 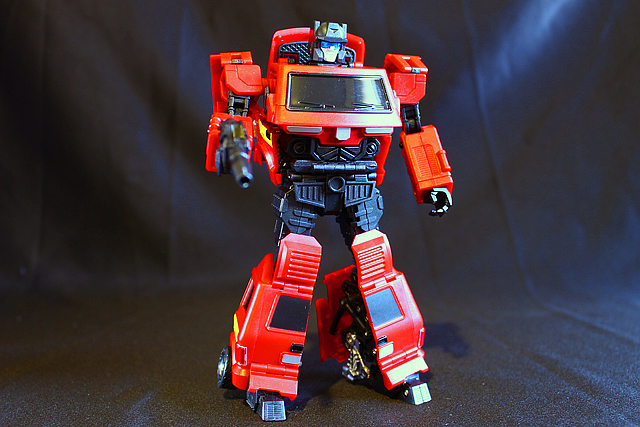 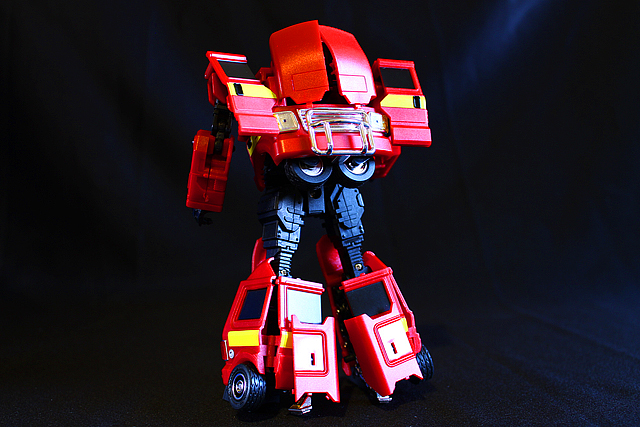 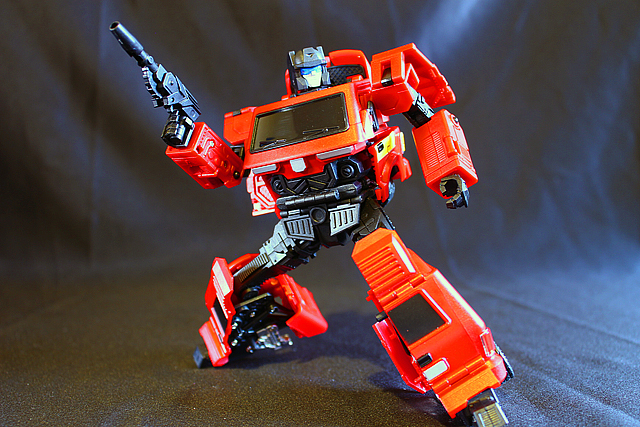 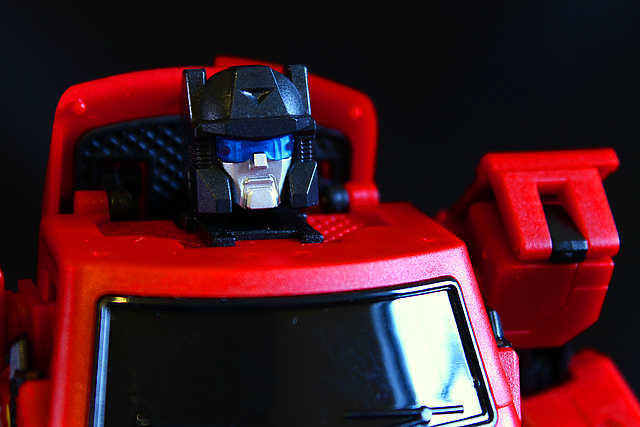 This set is limited to 500 pieces, so if you want it, you better act fast.

Posted by RocketPunchArmy at 10:22 PM No comments:

Once in a while I come across some cool little cheap vinyl. Got these guys for $20. Don't know the year but the condition and sculpt points towards vintage. I love the look of Japanese vinyl. It has a cool shiny look to it that I dont find in modern chinese Bandai vinyl. My daugter is going to go crazy when she sees these on display!


If anyone can provide more info on these, that would be great.
Posted by Chachipower at 11:13 PM No comments:

My friend Julian from Colombia was kind enough to let me show you guys this cool third party set for the Wreck-Gar/Junkheap mold before I ship ot out to him. This is the Add-On Junk Armor - 01W warrior set. I think it's primarily made for Wreck-Gar (which was unavailable to me for review) since the colors don't quite match up to Junkheap. However, that didn't stop me from going forward with the review.

Includes:
Although I don't show it in this review, all accessories store in vehicle mode!

I am SOOO tempted to pick up a set (or sets) for myself to add onto my Wreck Gar. The materials used are top notch. It doesnt feel nor look cheap and fitment is great. There was no forcing on of parts and everything held on fine. At first I thought the parts may have been made of resin, but I think I was mistaking this for another Junkion set available from Maiden Japan. 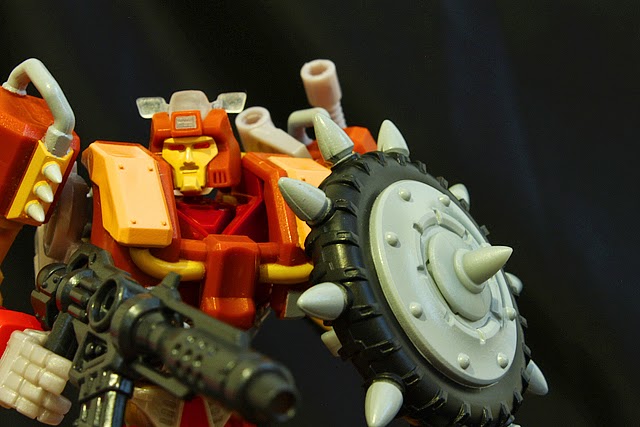 Posted by Chachipower at 10:59 PM No comments:

Because of moving into my new apartment, I havent had much of a chance to enjoy some of my bots lately, but today I finally got around to opening this new figure I got. The Senator Ratbat figure. I have had this on preorder since I found out about it a while back. I had to get it. The colors really looked good to me and is primarily the reason I got this. Oh and I love the Scourge mold this is based on. Not so much based on, it IS the Scourge mold save for the head and colors. The purple you see on the figure is actually a pearlescent purple plastic. The only purple paint to be found is on the head. Look to pay about $40 at popular outlets. 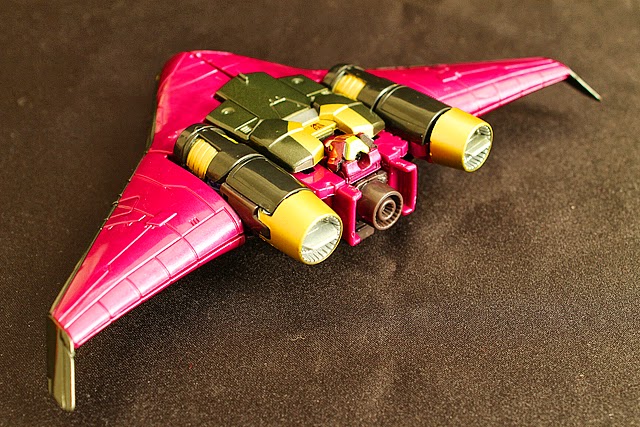 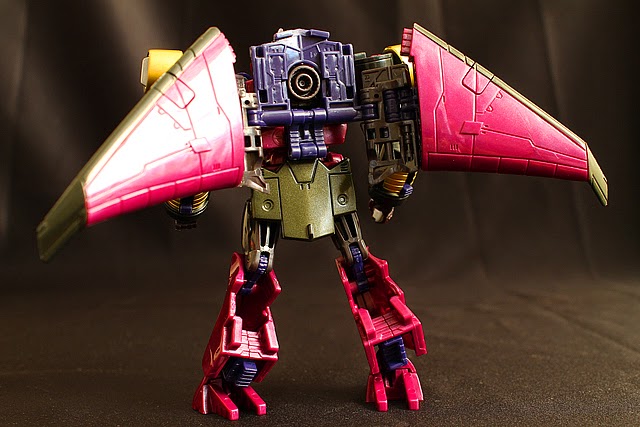 So get this, it has a third supposedly unofficial mode which is a Bat Mode. I know the Scourge figure showed a different head in the instructions which teased a future figure but I'm not exactly sure if it was this head that was shown. In any case, I believe this mold was made with this mode and character in mind...I'll go so far as to say Ratbat is the reason for this mold instead of Scourge which is a couple of years old already. I refuse to believe the Bat Mode is a coincidence. Look below at how the wings unfold and create batwings. Also note how the corners of the wings have angled "hands". How about the way the face can be angled down to give the appearance of a bat head. Look at the back of the feet, they look like claws! 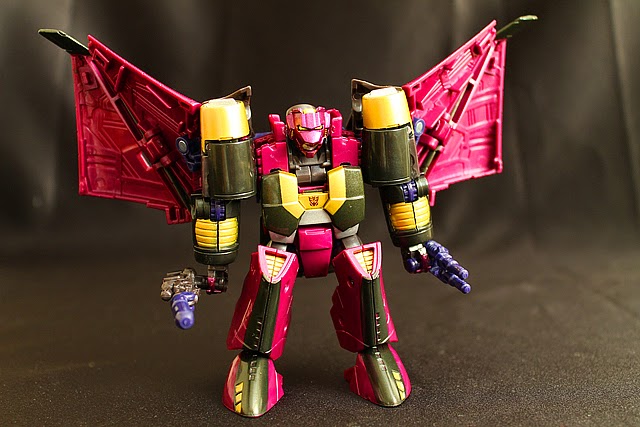 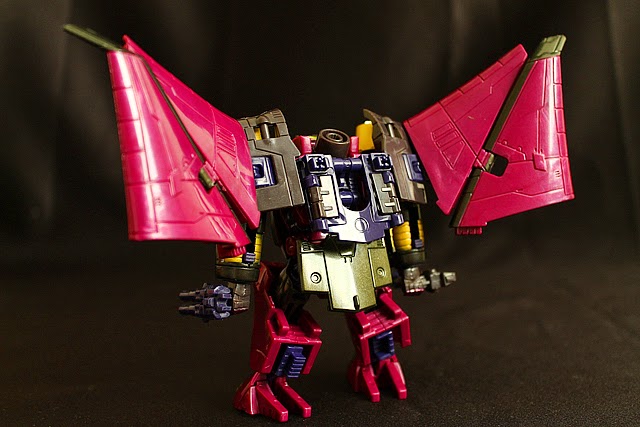 So we've had this mold (Scourge) all this time and never knew it was a triple changer. Awesome stuff.
Posted by Chachipower at 10:39 PM No comments:

Holy moly... this things never ceases to amaze me. I have been longing this since I first held an unfinished prototype. This thing is pretty much all diecast and insanely heavy. This is a collaboration between Sideshow Collectibles and Tamashii Nations. I think its more like totally Tamashii Nations and Sideshow serving as a way for Bandai to have a license to sell a 1/6 C-3PO. Good news is that you can pay for this guy in installments using Sideshow's Flex pay. I hope they sell enough of these to warrant the making of R2-D2. If you are a fan of C-3PO and can shell out $400, maybe less now, then go for it. I highly recommend this figure. Literally one of the most beautiful pieces in my entire collection. Museum quality stuff here guys. 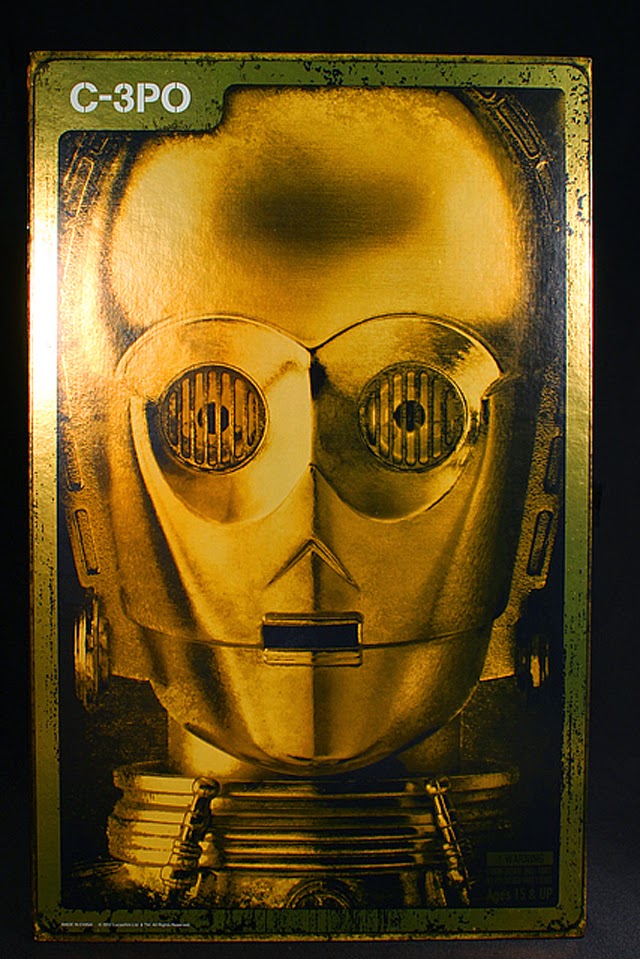 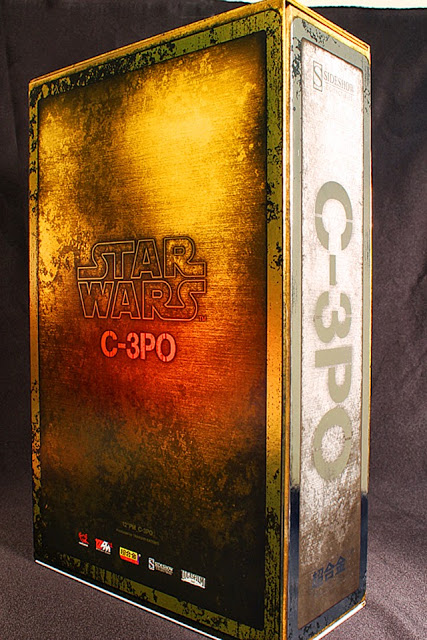 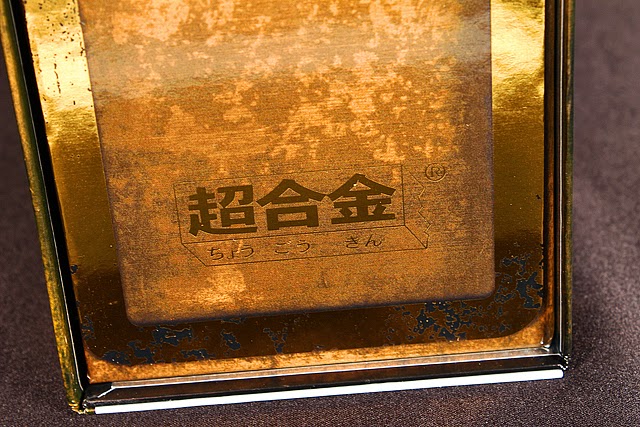 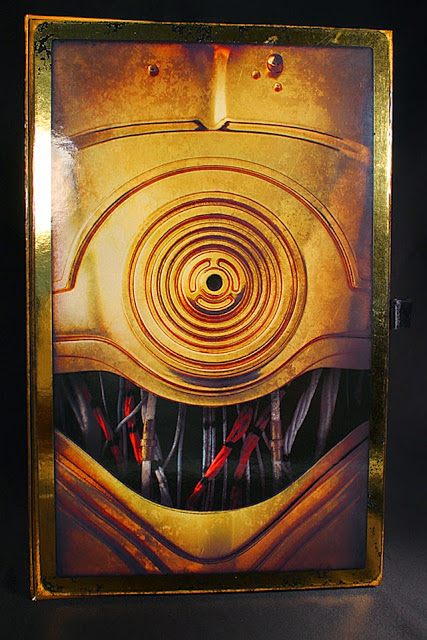 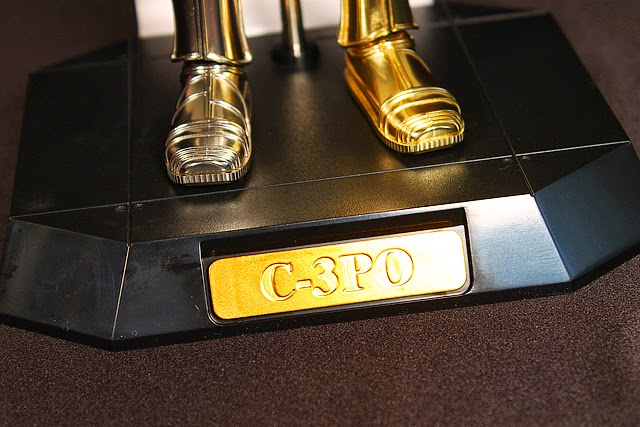 There is no denying that this is a VERY expensive figure. However, most 1/6 scale toys are plastic and cloth and can cost $250-300 or more. This figure can be had for about the same if you know where to look.
Posted by Chachipower at 10:18 PM No comments:

I'm slowly moving into this new apartment. I barely have any robots here but this bad boy showed up within the first couple of days of moving in. It's the Dream EX Defender of the Universe Goraion based on the insanely popular and much loved Voltron or as he is known in Japan, Golion. In fact, the name of the figure is basically spelled in the way the Japanese would pronounce "Golion". Why not just call it Golion you ask? Well, it's not licensed you see. It's a third party Gokin figure. Supposedly they are working on a diecast Vehicle Voltron too. These pictures are a sneak peek of what you will see on my review for CollectionDX.com 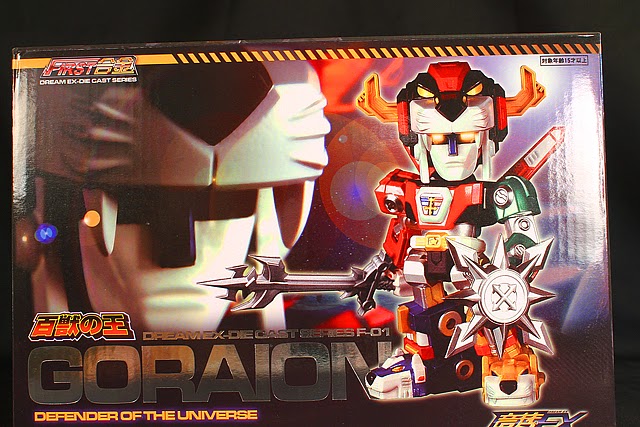 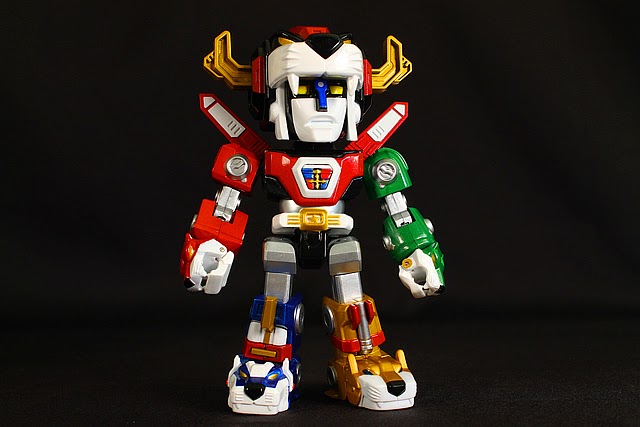 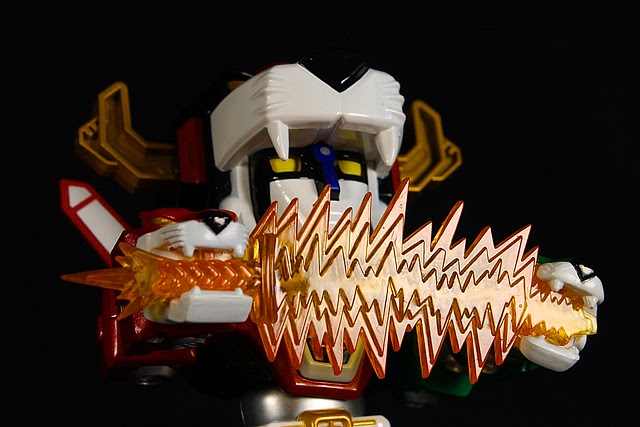 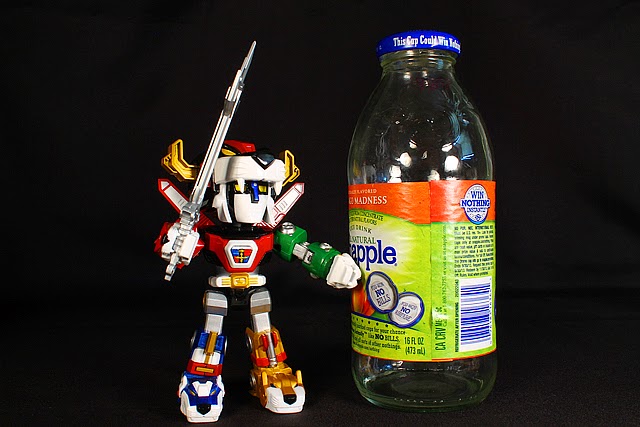 Check out a small video I made.

Posted by Chachipower at 9:51 PM No comments: